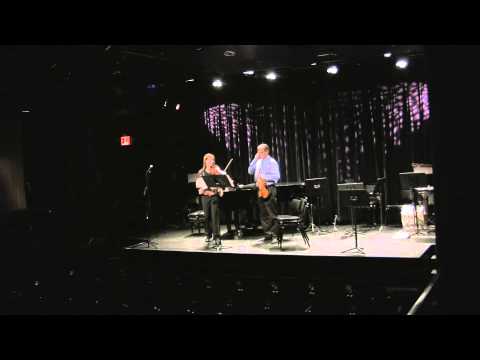 This piece was written for Robin Zeh and Paul Woodiel, a married pair of violinists who both play for the Pit Stop Players, a New York new music group made up of musicians who play on Broadway. They are both terrific, versatile players, but Robin specializes in the new music scene, while Paul has an interest in the fiddle music of the British Isles. That set of interests is evident in the 2nd and 4th movements. Both recording and video are of the world premiere performance at the Pit Stop Players‘ “Date Night” concert in March of 2014.